A Jury found in favor of the Plaintiff on liability and the case settled at the close of the evidence on damages for $625,000.

Facts: Plaintiff, a bus driver, claimed that a rear door of a bus manufactured by the defendant fell off its hinges and struck him when he tried to open it. The accident was not witnessed and a co-worker who, according to the plaintiff, had repaired the door did not remember the incident. Plaintiff’s expert testified that the defendant should have used bolts on the hinges instead of screws. Defendant’s expert testified that the door was designed above required standards and that the accident could not have occurred as described by Plaintiff.

Injuries: Herniated disc at L5-S1. Plaintiff was never hospitalized and did not undergo any surgery. 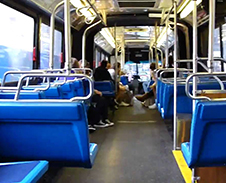